View All Of The Services We Offer

Invisalign in Alhambra and Pasadena

Invisalign is the 21st century way of aligning teeth. This technique involves moving teeth with a series of trays which are slightly closer to perfection than the one before it. By doing this, we put constant, predictable force on the teeth. Predictable force is good because it does not cause excessive discomfort as traditional wire braces does.

The Perfect Smile has successfully and satisfactorily treated over 800 Invisalign patients. Because of our extensive experience, we can and have efficiently treated cases which other providers did not feel was possible with Invisalign. 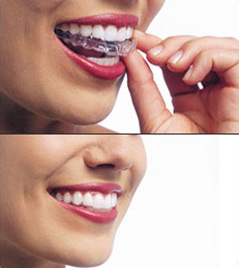 This system has been successful in giving hundreds of thousands of amazing smiles to both teens and adults. As we are a unique and rare group of TOP 1% certified Invisalign providers, we have many ways to improve your smile and your bite by creating a personalized treatment plan using using Invisalign’s clear, custom-molded aligners to solve a range of issues, including:

Invisalign allows you to:

See your results BEFORE you start.
See how long your treatment will be BEFORE you start
Maintain better hygiene than traditional braces with wires. Simply remove them before eating, brush after eating, and then re-insert the aligners. Unlike traditional wires, you don’t have to worry about embarrassing moments like smiling or talking with vegetables stuck around and under the wires during or after dinner.
Not worry about having white spot discoloration on teeth which often patients discover after traditional brackets and wires are removed due to a couple of years of plaque trap around them.Have less office visits. Instead, simply change to the next aligner tray at the prescribed time. You will not need to drive monthly to your orthodontist.
Straighten your teeth without the harsh metal wires and brackets which abrade and cut your cheeks when you talk or eat.
Look more like you DURING treatment. It is called Invisalign simply because compared to traditional wires and brackets; these are literally “Invisible” “aligners”. Since they are less intrusive to speech and less altering of your appearance, they won’t disrupt your lifestyle.
With precise and deliberate force, root resorption (shortening of the roots, leading to less stable teeth) is not a factor, unlike traditional braces.

To Correct For Underbite

To Correct For Spaces

To Correct For Extreme Crowding

Your teeth are important to making a good first impression. Aligning your teeth will free you to smile with confidence. We offer a free initial consultation. A sampling of OUR patient results (before & after) is available in our Smile Gallery.

For more information directly from the manufacturer, visit www.invisalign.com 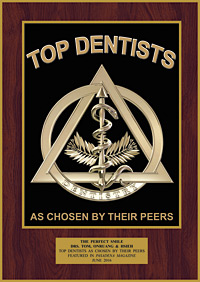